A Nod to the Season, II 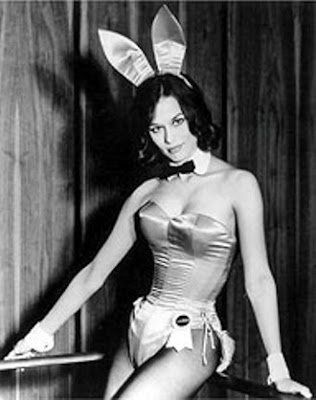 Lauren Hutton was a bunny, although she apparently diguised herself as Karen Black to throw people off; 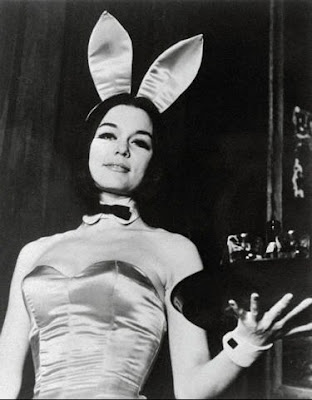 Gloria Steinem wrote about her stint in bustier and ears; I remember reading "I was a Playboy Bunny" and being blown away at what was, it turned out, the first of many revelations that the glamourous and the tawdry are all too often intertwined... 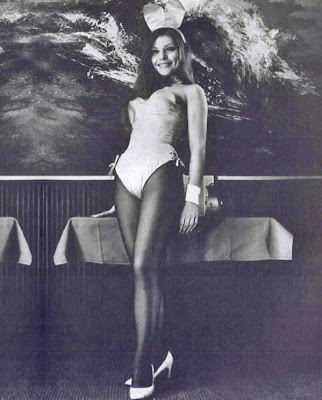 And this bunny we've seen before. Fortunately, the 21st century has, in fact, turned out to be much better for a girl like her.

I have my own bunny tale; when I was about 10, my father had the chance to go to some convention at the Playboy Resort in Great Gorge, New Jersey. He dragged my mother and me (in our Pontiac Grand Safari station wagon) halfway across creation so that I could spend three days having my cheeks pinched by half-dressed scary ladies with big hair and bigger bazooms (a word I had picked up from Match Game) while Mother silently and grimly downed Piña Colada after Piña Colada. Somehow, I think this explains a lot.

But anyway: Happy Easter, from Lauren and Gloria and Debbie and me. I'll have to rummage around someday and find that picture of mini-me surrounded by Watergate-era bunnies. And burn it.
Posted by Muscato at 4:09 PM