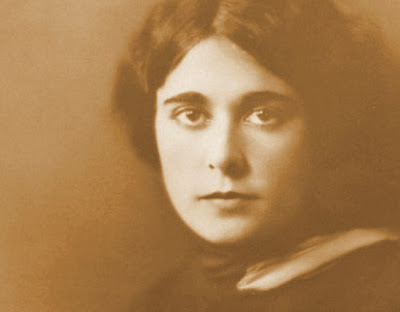 I just came across a remarkable obituary in that staple of the almost lost art of writing them, The Telegraph. Would you believe - and I very nearly don't - that the limpid-eyed young lady above has only just left us this month? She was the euphoniously named Frederica Sagor Maas, and at the time of her death she was, at 111, the third oldest person in California.

That alone is, to an extent, remarkable in itself. What has me gobsmacked, though, is that she was very likely among the very last links to the silent-film era at its most vibrant. A scriptwriter, she worked on films including the major Clara Bow vehicles The Plastic Age and It (generally identified, inaccurately, only with the hyperflorid writing of Elinor Glyn), as well as one of Louise Brooks's more notable Stateside efforts, Rolled Stockings (as evocative a Jazz Age title, in its way, as any, no?). She even had a hand in the great Garbo-Gilbert Flesh and the Devil.

She and her husband, Ernest, had a varied time of it, and while their work on Betty Grable's 1947 vehicle The Shocking Miss Pilgrim helped make that picture a hit, they left Hollywood, and Frederica spent the balance of her professional life in the somewhat less fraught field of insurance adjusting.

It's amazing to think that until just a couple of weeks ago there was someone among us who could have told us, first person, what it was like to watch Clara Bow at work and play, someone who was a peer and counterpart of Frances Marion, who was hard at work as a scriptwriter years before Dorothy Parker headed West. Not to mention someone who likely danced the Charleston and Black Bottom alongside Lucille LeSeuer in some LA nightclub and who was a friend of Norma Shearer's (before Mrs. Thalberg became the semi-petrified Boss's wife and no matter what she thought of the man she dismissed as a "mama's boy").

At 110, the Telegraph reports, she asked for "a large chocolate cake" on her birthday. She earned it.
Posted by Muscato at 12:49 PM 6 comments: 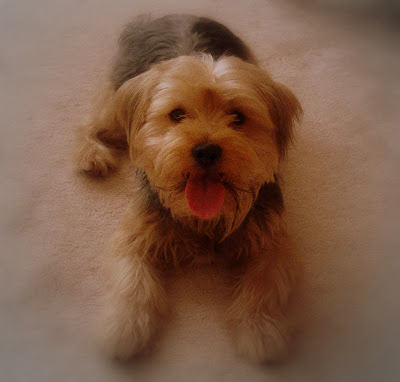 I mentioned, I believe, that we've had an addition to our little family since last we met, didn't I? Well, here he is. He's a genuine pound puppy, left behind by a fleeing expatriate family (from what we've never learned, rather on purpose) and taken in following a distraught call from our vet's office - "but you boys are so good with little dogs!"

So here we are, (mostly) happy caretakers of a Yorkie whose only legacy from his fickle previous family, a tattered chenille blanket aside, is having been given an entirely inappropriate name: Baudouin. Ten points to anyone who guesses where they came from and, presumably, returned to...

Mr. Muscato, what with being Egyptian and all, is devoted to diminutives (only in Cairo can you attend a meeting in the most serious of corporate boardrooms surrounded by captains of industry named Gigi, Zizi, TouTou, and worse), so he promptly became Boudi. He's rather a handful, being of a rompful nature, but he and Koko get along brilliantly (which was distinctly a surprise), and while he has a regrettable tendency to eat socks (he's pulling one off my foot even as I type), he possesses a boundlessly optimistic nature that has been a great tonic in trying times.

Although I may have to start going to the office in that most 80s of looks, sockless loafers...
Posted by Muscato at 12:22 PM 5 comments: 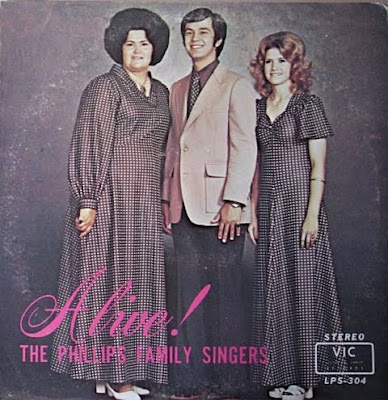 Philips Family fun-fact: Minerva (left) makes all their underthings - including Vern's (center) chastity devices - out of that self-same brown dotted double-knit. In fact, he's wearing one of her more cunning designs; it's a one piece that includes the necktie. It takes Millie (right) more than thirty minutes to get him in and out of it.

Birthday thoughts, today, for two very different ladies, united only by the chance of their sharing the date - and the thoroughgoing way that, despite lashings of fame once upon a time, they have disappeared from the headlines and public consciousness alike. It's truly out of sight, out of mind for a lethal songbird and The Last of the Poor Little Rich Girls. 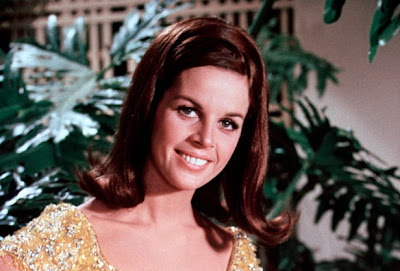 In 1976, Claudine Longet was just another middlingly successful, slightly faded pop star (had there been a Branson, she wouldn't merited her own theatre), recently divorced from her longtime, bigger-name husband Andy Williams. She had had a brief vogue in the mid-sixties for her wispy, charmingly accented renditions of middle-of-the-road pop favorites; you can, if care to, get a sense of her to my ears pallid oeuvre here. She returned to the front pages for all the wrong reasons when her boyfriend (and it was a scandal in itself, even in 1976, that a divorcée would have a boyfriend), a pro skier, wound up shot. She was convicted, if only of criminal negligence, and there was much agitation that her sentence was a mere 30 days.

That much I remembered. What I either never knew or had forgotten was that she ended up marrying her defense lawyer (after his own divorce), and as part of the settlement of a civil action that followed the first trial, agreed to stay mum for the rest of her life.

And so she's done. It's odd to think that she's still around, 70 today, apparently living quietly in Aspen, Colorado. You would have thought she'd had enough of skiing... 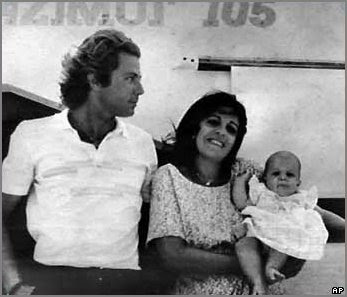 We see our second birthday girl, right, here in the first flush of her involuntary fame. Athina Onassis had the mixed luck to be born into almost inconceivable amounts of money, courtesy of an equally inconceivably dysfunctional family. Everything about her mother Christina's life made the papers, from her miserable love life to her miserable self-image to her miserable four divorces. The public seemed to take a kind of solace in knowing that all that cash couldn't make Christina happy, or pretty, or anything, apparently, but miserable. Athina was only three when the whole sorry spectacle came to an end, and her childhood was marked by a drumbeat of press looking to turn her into the living immolation her mother had become.

And here's the suprising thing: despite a spate of articles now and again when something caught an editor's eye (Athina taking her father's surname; various legal wranglings over her various inheritances; her supposedly mixed feelings about her Greek heritage), Athina seems to have let fame pass her by. Today she's 27, an equestrienne married to an equally horse-mad Brazilian, and seemingly living the life of a (comparatively) ordinary low-profile jet-setter.

One funny thing does unite these two: in true tabloid fashion, let's call it The Curse of the Kennedys.

Athina, of course, is Jackie O's step-granddaughter, and it was that connection that really fueled all the coverage of her mother's horrid life. Claudine, it seems, before she entered the limbo-land of the Hollywood ex-wife, had traveled in good circles: She and Andy were at the Ambassador Hotel, waiting to go out later, while their pal Bobby Kennedy gave the speech that was so decidedly interrupted by Mr. Sirhan Sirhan.

One wonders what each would make of the other, were they to meet blowing out their birthday candles...
Posted by Muscato at 12:16 PM 8 comments: 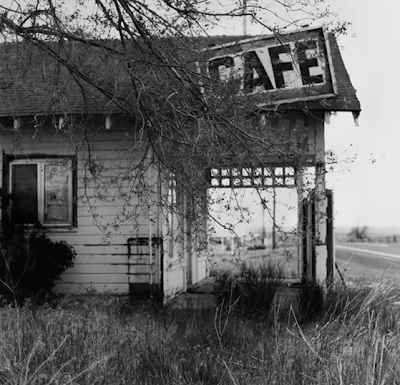 Geez. You go away for what, a year, year and and a half? Things really fall apart.

As did I, for a little while. I got sick, and then I got better, and through it all I stayed insanely busy trying to preserve the illusion that I'm fine, perfectly fine. Which I wasn't, of course, but what with having a new job in a new country, not to mention a heaping helping of debts and obligations, one tries to keep up. None of which is terribly amusing.

In any case, on the off chance that anyone's still paying attention, here we are. For the record: Mr. Muscato is still a saint, Koko is still a scamp, and we've even added a new terrier to all our lives, more of whom, perhaps, anon. We've learned to like, well enough, the life we're leading, and we're already planning Plan B.

And through it all, I've missed being here. All sorts of things good and bad have happened out in the Great Wide World, and I've missed dishing it all. Living, as I did for too long, in a kind of life-wide Writer's Block, I've missed out on so much. And now it's time to try and see if one can't, like Mrs. Levi, come out of one's personal haze - to the lights, if not of 14th Street, at least of this place I so enjoyed creating, once upon a time that feels longer ago than it really is.

In due time, I suppose, explanations and apologies as necessary. Today, I'm going to hit "publish" and see what happens. It's a little scary, truth to tell. But I'm learning, relearning really, as one must, that scary can be good. Here goes.
Posted by Muscato at 12:40 PM 20 comments: