A Different Kind of Love Song 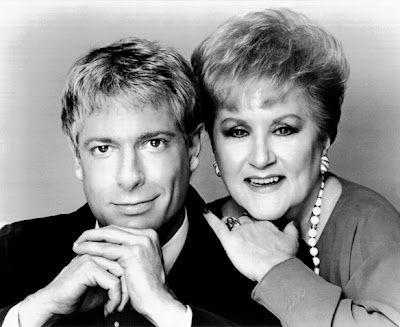 Sadly, Jack died this morning at only 62, leaving Margaret to soldier on alone. She has the great comfort of knowing that, on the fourth try, at least, she got that whole marriage thing right, and as a woman who could sing "That Old Black Magic" like nobody else, that must be satisfaction indeed.

I will confess to knowing, slightly and only glancingly, both of them. Jack I first encountered far too long ago in a low bar somewhere, when I was myself but a tot. All I could think was that he was hot for an old guy (he must have been all of 35, perhaps), but very, very short (which really was the case).

A decade or more later, after I was ensconced in Gotham, we would occasionally cross paths here and there, often at one of the clubs where Margaret's friends, people like Julie Wilson or Anne Francine, were in residence. They were always splendidly turned out (as time passed, Jack dressed more and more like the Duke of Windsor), enthusiastic members of any audience, and generally seemed to be having great fun.

And all it goes to show is that, when it comes to l'amour, you never know when or in what unexpected form lightning is going to strike. All the more reason to keep an eye out and hope for the best.
Posted by Muscato at 2:58 PM