Susan. Susan, Susan, Susan. Seems like a demure enough name, no? And when you've got a list that includes Debbie Reynolds, Joan Fontaine, and Garbo, you would think that things were fairly upscale, wouldn't you? 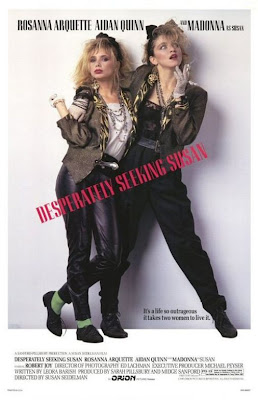 Nope. Somehow, being Susan brings out the inner Madonna in a whole lot more people than just Rosanna Arquette. 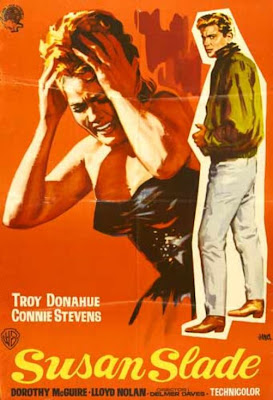 Of course, it doesn't take a whole lot to tease the tempestuous out of Miss Connie Stevens (and at least she's waxing melodramatic over the sole member of Henry Willson's legendary stable who's at least somewhat likely to respond).* 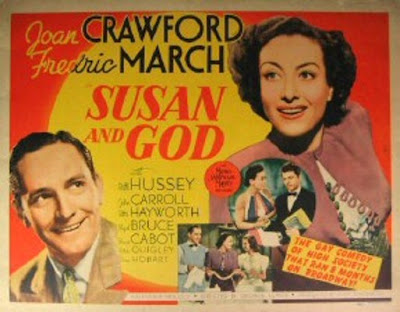 When your most demure example is embodied by Joan Crawford, you know there's something serious going on. This might be, by the bye, the least satisfying Crawford picture ever, if only because the denouement is all about how nice she really is at heart. Who goes to a Crawford picture for that? 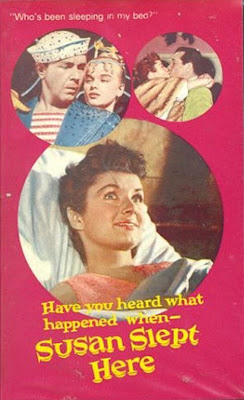 When playing a character called Susan can put that look into Debbie Reynolds's eyes, something's definitely afoot. It certainly seems unlikely to have been her leading man, Dick Powell. 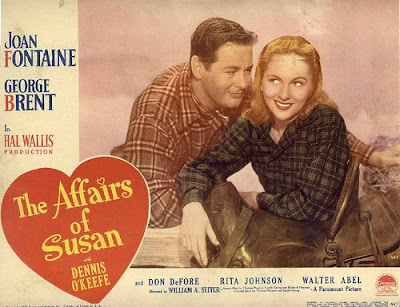 Even the quintessential lady (except when discussing her sister), Joan Fontaine, is caught up in the madness - the very idea of Susanness inflaming her to the point of trying to vamp George Brent, a pointless endeavor if ever there was one. 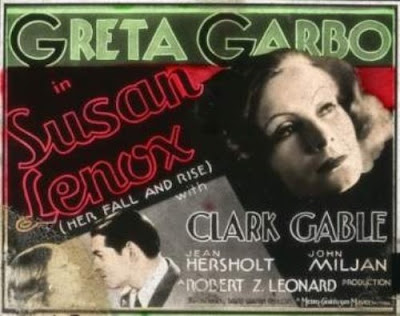 Garbo's Susan falls and rises - no surprise there, since that's basically what Garbo heroines always did - but the neon diner-sign font does give it a slightly tawdry air... 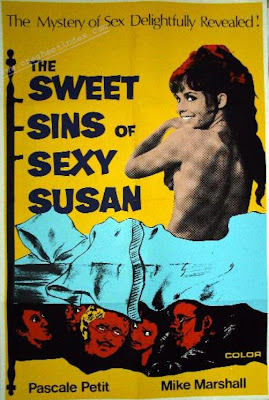 It's a sign of the name's potency that the outright trashy movies incorporate the name into titles no more risqué, really, than the ones starring Reynolds or Fontaine...

...and this one sounds like it could almost be a 20s campus romp starring Nancy Carroll or some such. But it's not - because of the dangerous power of "Susan."

* Did you remember that Troy Donahue was married to Suzanne Pleshette? I had totally forgotten.
Posted by Muscato at 11:12 PM