A varied group, today, of four people united only in having been conceived in the waning days of summer and born nine months later on the same date. 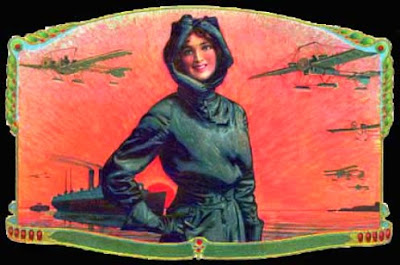 Pioneering aviatrix Harriet Quimby was the first woman to fly the English Channel. Why don't you know that? Probably because she had the misfortune to do so the day after the Titanic sank; even in Edwardian media stunts, timing is everything. A few months later, she was dead in an air crash. 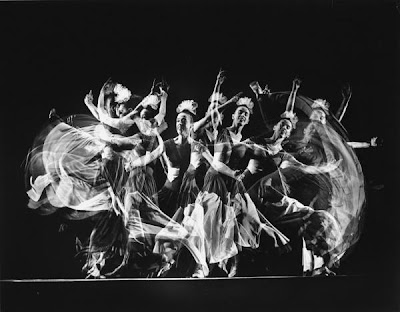 If Harriet's star blazed bright and short, Martha Graham's sputtered on for probably a fair amount longer than was strictly good for her reputation. She was a titan, though, and respect must be paid. 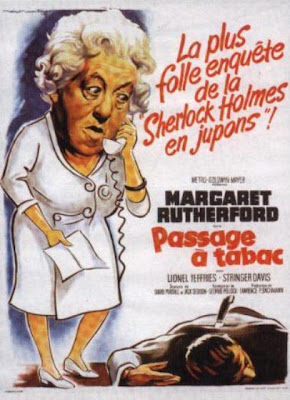 Madame Arcati, in Blithe Spirit, set Margaret Rutherford on the path, but Miss Marple ensured her immortality. Her version of the elderly sleuth may have little or nothing to do with Agatha Christie's, but the five Rutherford Marples are models of light, amusing and economical film-making.

The gentleman of the day is Mr. Irving Berlin, whose work we see here glorified almost into unrecognizability by the good people of Twentieth Century Fox:

But anything that included Merman, a Tyrolean interlude, and a Mitzi Gaynor specialty would probably have been just fine with him. Johnnie Ray? Maybe not so much. I especially like the faded, hand-tinted effect of this clip, not to mention the Japanese subtitles, which add an air of oddity (as if this number needed that...).

And many happy returns to them all, wherever they are. I kind of like to think that Miss Quimby is giving Miss Graham a spin in her celestial bi-plane...
Posted by Muscato at 11:07 PM