Well, it didn't take long for the secret identity of our recent Pop Quiz subject to be revealed. 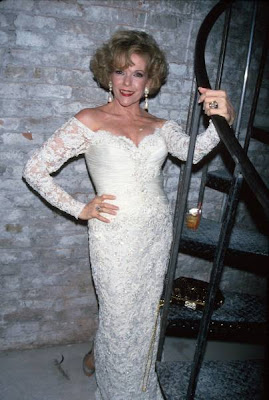 Dear Rick knew at a glance that this was no gender-bending Phyllis McGuire impersonator, but instead television soap-opera stalwart Eileen Fulton.

Still - I wonder... isn't there some sense that in answering the question "Drag or actress?", the most appropriate answer came from Miss Janey: "Both"? Think about it. 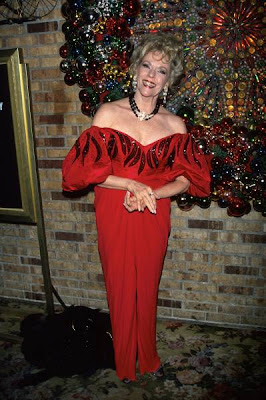 Even Rick admits that he knew the answer because he "saw her perform once on Fire Island." It's hard to conceive of a less ringing endorsement of genetic femininity, no? 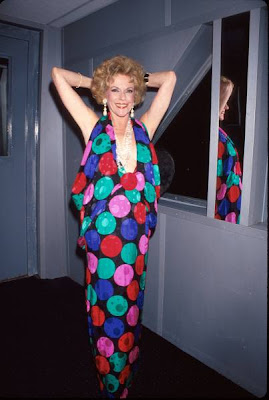 And then there's the look: for better or worse, Miss Fulton has clearly staked out a fashion territory that puts her somewhere between Lypsinka and a TJ Maxx-reliant suburban Joan Collins acolyte. 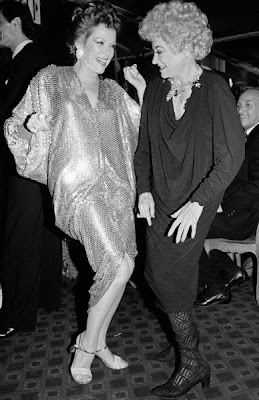 Her choice of company hardly instils confidence - anyone caught frugging with Phyllis Diller in an outfit like that is, by definition, a drag queen, no matter what the chromosomes say. 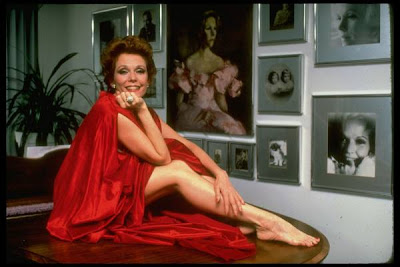 Even the leg-art stills aren't reassuring - this is one big-handed soap-opera diva. 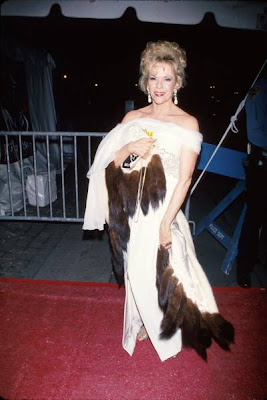 So, I think we'll close out the current query by saying that it was, in a sense, a trick question: Eileen Fulton is an actress who's made a career - and, apparently, a long and happy one - out of her very own, very special form of drag. And whyever not?
Posted by Muscato at 1:33 AM