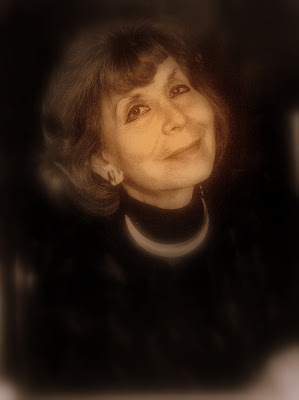 The glorious Miss Betty Comden would have been 93 today, and we're all the poorer that she's not.

Broadway fame is funny; in the world I grew up in - country club society in Middle America in that most Middle American of times, the '60s (and there's a paradox for you - it wasn't all Hair, you know), Betty Comden was someone Capital-F-Famous - the name conjuring up all things New York, Broadway, the Great Wide World out there. She was out on the town, read about in the columns with her friends - people like Adolph Green, Leonard Bernstein, Lauren Bacall...

I wanted to grow up and be part of that world, and in a way, for a while, I did. They had gotten older, as one does, but there still was a Comden and Green, and they were still pretty much what they'd been. If the world had moved on around them, they didn't mind; they could still get the best table at Sardi's, they still got admiring glances and the occasional ovation when they entered a room. It was nothing but a privilege and pleasure to know them.

Today, even though their most famous works are still very much with us - Singin' in the Rain is more or less the standard movie musical, even for people who never watch such things - they are inevitably receding, turning from the stuff of reviews and gossip columns to citations in memoirs and history books. No matter. Miss Comden is with us always, as she would have liked to have been (like many great dames, she was also surprisingly shy), in her work.

The best of Comden and Green ranks with the best lyrics in the American songbook (and even the quotidian is far above the norm). It's when those lyrics move beyond the comic, the verbal slapstick, to something deeper and more moving that I think we see Miss Comden's hand in the always shared BettyandAdolph brew that the two writers, working together for so many decades, concocted.

I hear her in "The Party's Over", and "Some Other Time", and the song I think she might have liked best:

One smile that cheers you,
One face that lights when it nears you,
One man you're everything to.

Fame, if you win it,
Comes and goes in a minute.
Where's the real stuff in life to cling to?

I got to be backstage once, yonks ago, at a Major Gala Event (in London, darling - oh, I get around). Such a gala, in fact, that the producers had brought on board a legion of hair-and-makeup types to show off the various Great Ladies present to best advantage. I was working, and running about, and one of my tasks was to bring Miss Comden and Mr. Green to the stage, which was always a rather delicate job - neither moved quickly, and both (but especially the latter) were inclined to get caught up in conversations en route.

I found Miss Comden in a corner, staring intently into a mirror. The armor of her Comden-ness - the changeless hair, the slim column of a crepe evening gown - was all in place, and she was ruthlessly finishing off her makeup. Seeing me, she observed, via the mirror, "The poor girl. I couldn't bear to tell her," swiping at one eye with a thick black pencil, "She spent forty five minutes telling me how she wanted to make me look natural," whoosh goes the black pencil over layers of taupe and beige and careful neutral tones, "If I wanted to look natural," out comes a scarlet lipstick, thoroughly applied over the pale coral-pink before she gives herself a final admiring glance, "I would've stayed in Brooklyn."