I Do Want to Go to Chelsea

This, in case you didn't know, is Chelsea Flower Show Week in London, an occasion our British friends treat with the seriousness (and column inches) more usually associated with natural disasters or another Madonna divorce.

In any case, the Flower Show always calls forth a healthy showing of the Great and the Good, as well as a great deal of the Silly. And why not? It's spring in London after their godawful winter, the flowers are in bloom, and some of our favorite people are out and about: 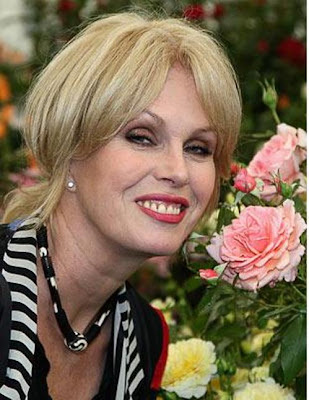 Isn't she just the kind of person who, when you think of her, you automatically feel better? I believe Joanna Lumley should be recognized as the (inter)national treasure that she is. 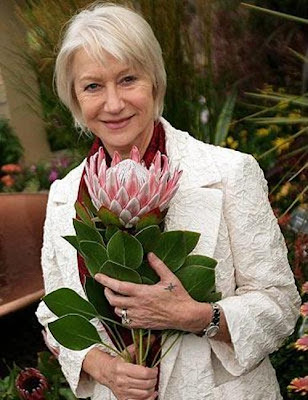 Much in the way that the somewhat more astringent, but equally fabulous, Dame Helen (seen here holding, apparently, the flower of her secret) has been of late. And she would seem to be wearing an article of clothing I thought as vanished as the bustle, a spring coat. Good on her! 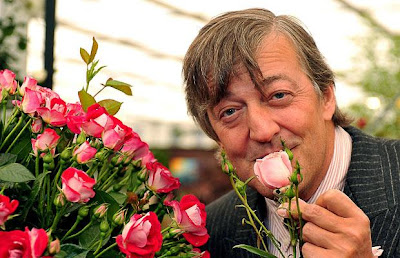 Stopping to smell the roses is the ever dapper Mr. Stephen Fry. Why is it that only British men can get away with floppy bangs after 25? 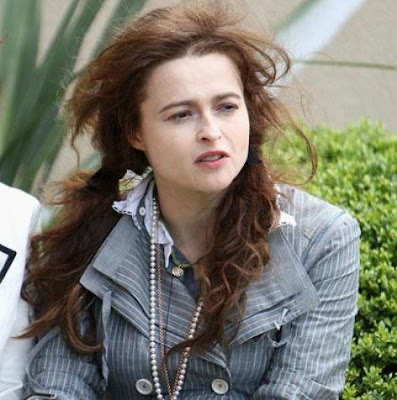 Helen Bonham Carter is always good for a fashion moment; here she seems to be channeling one of her more rumpled outfits from Room with a View. You know, for someone who always complains about getting stuck in corset pictures, she wears an awful lot of Edwardiana... 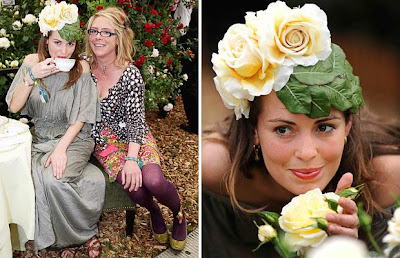 It being London, hats are much and quite festively in evidence; here we have someone called Claudia Leigh - whom the Daily Telegraph seems to think we'll know all about, although I doubt she's any relation at all to the late Lady Olivier - in a really rather wonderful creation. 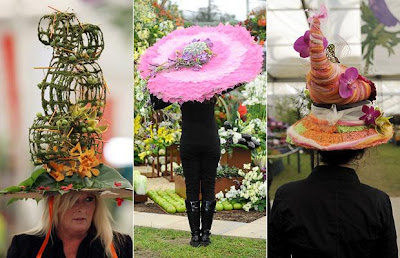 Although others have a significantly less-developed sense of proportion. Or, perhaps, far greater access to drugs. I only wish the lady in the towering garden trellis looked more pleased to be there... 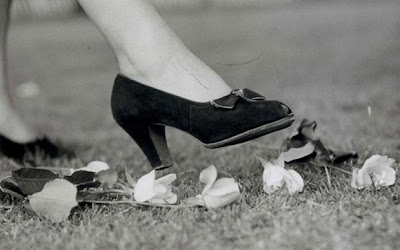 Royalty is a regular presence at the Flower Show; the Prince of Wales, in fact, won a prize this year. In a retrospective of royal visits, I especially liked this lovely if enigmatic snap of a regal foot ("believed to be Queen Elizabeth II", the caption oddly tells us) treading a flower-strewn lawn. Such a pretty shoe, don't you think?

I keep meaning to be in London for the Flower Show, but somehow it never works out. I think of gardening like cooking; I may not be all that involved in the process, but I do like the results.
Posted by Muscato at 11:17 PM