A rogue's gallery of things to avoid and/or admonitions to do so. And, pretty much across the board, good counsel all around. 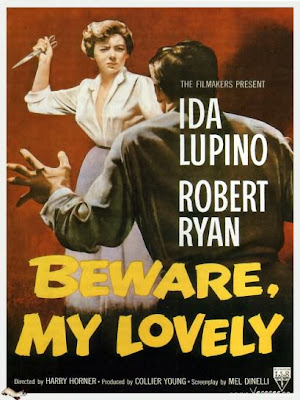 From the illo, it looks like Robert Ryan might be the one who should beware; Ida's weak point at the moment would seem to be her blouse buttons. 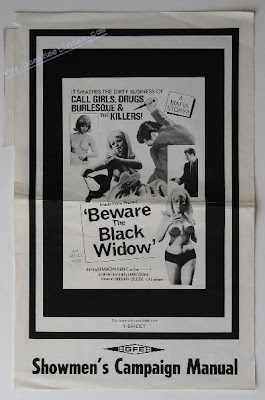 Sadly, this was not a spin-off from Batman for Tallulah Bankhead. That would doubtless have been infinitely more fun than even the most lurid story of "call girls, drugs, burlesque, and the killers"... 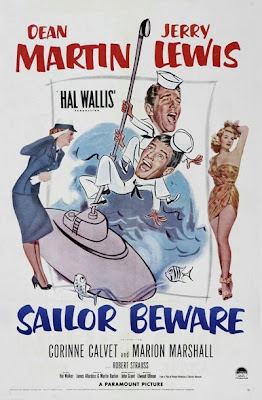 Here it actually was Corinne and Marion who should have beware-d; the femme leads in Martin-Lewis pictures don't stand as the world's most rewarding parts.

The presence of Adele Jergens in this opus automatically means that Penny Singleton was at best a secondary threat. More than that, though - could there have really been any question that a Blondie and Dagwood picture was "for general exhibition"? 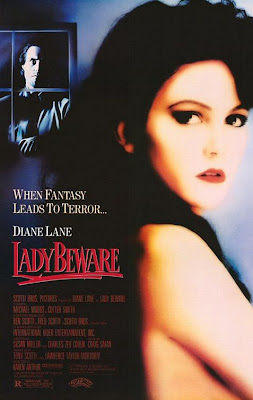 Yet another drab moment in the remarkably unrewarding career of poor Diane Lane; who makes these pictures? Who goes to see them? 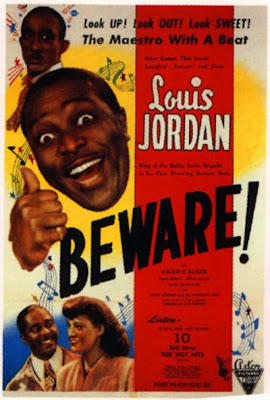 This is definitely the peppiest "Beware!" ever - it's the very antonym of menace. 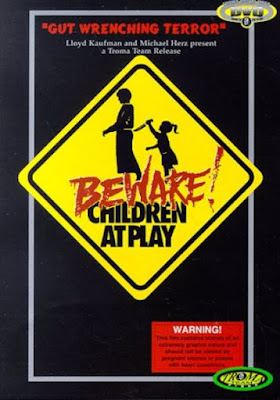 As opposed to this Troma epic, which was clearly produced with the studio's trademark polish and wit. 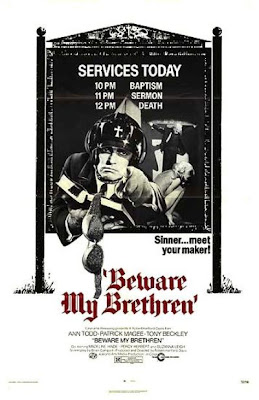 No, I don't know what he has on his head - some sort of Helmet of Holiness? - but I'm loving the bra hanging from the Good Book. 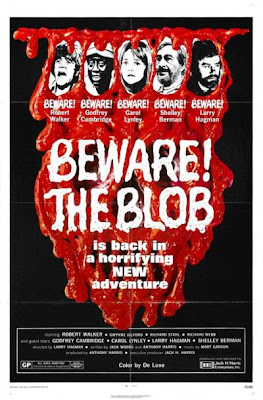 Larry Hagman in a beard. Interesting. Even more interesting: he's the director, along with limning the surely challenging role of "Young Hobo" (other roles include "Joe, the Ape-Suited Party Guest" and "The Naked Turk"). The film's alternate title was "Son of the Blob", which really would have tempted me to make an inappropriate Mary Martin joke. Is there any other kind?