'Round about 70 years, Edgar Bergen - pioneer and, really, sole practitioner of the very odd profession of radio ventriloquist - gave a party. The theme? The Gay '90s. It looks like it was great, if slightly quirky, fun. 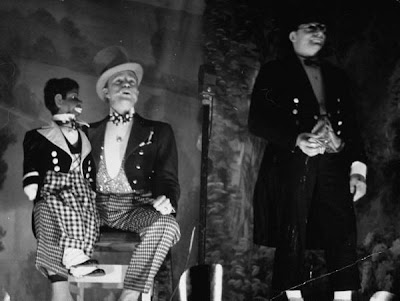 The host, of course, entertained, in the company of a blackfaced Charlie McCarthy. 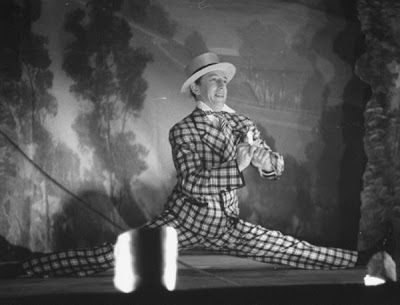 Ray Bolger lent some of his own unique talents to the entertainment; 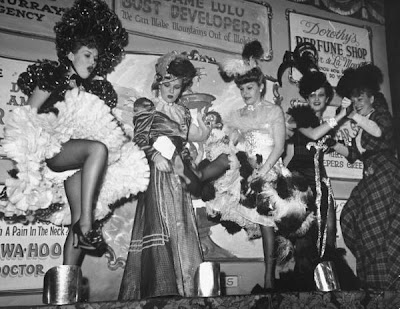 Which also included a bevy of period-costumed lovelies. Here, Betty Grable and Martha Raye launch into an impromptu can-can competition, which seems to puzzle Mary Martin. 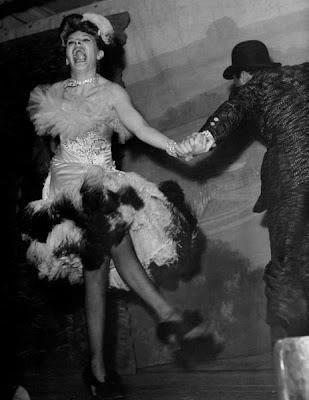 Martha, of course, was always such a shrinking violet. 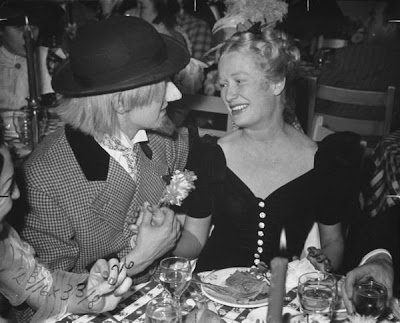 Miriam Hopkins and a puzzlingly costumed if thoroughly disguised Tyrone Power had a rather more sedate time, although they certainly seem to be enjoying themselves. Miriam Hopkins without her eye makeup, however appropriate to the era, is not necessarily a sight for the faint-hearted. 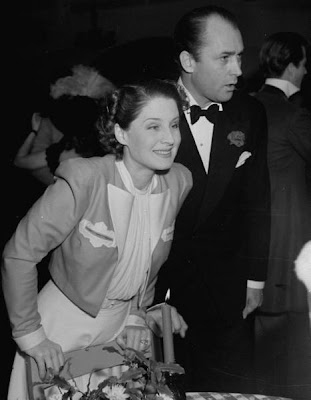 Norma Shearer was her usual contrary self, turning up sans costume and in the company of the second Mr. Mrs. Thalberg. 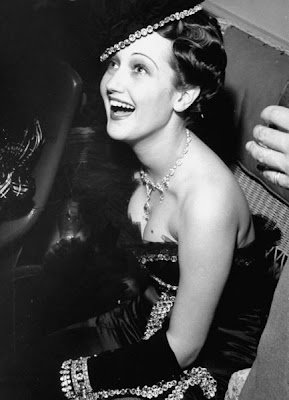 But in the end no one had a better time than Dorothy Lamour. And that made it all worthwhile, if you ask me.