After and Before: Driving Miss Blanche (Insane) 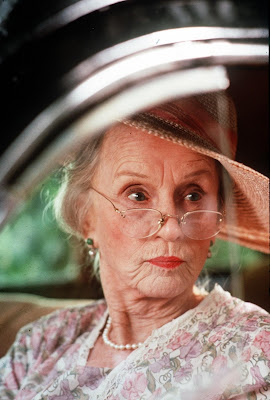 Jessica Tandy had a somewhat bisected career: it ended with a late-in-life flowering as America's favorite lovably irritable old lady, and half of the biggest acting duo since Lunt-Fontanne; 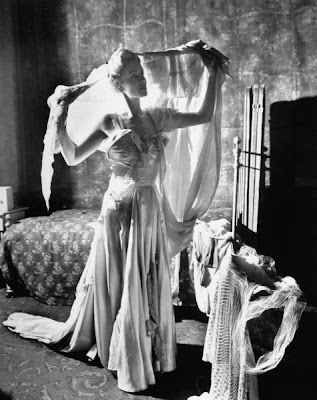 All of which rather overshadowed her earlier life as Serious Broadway Actress on her own, which of course included the original Streetcar Named Desire. That she shared the stage with Brando and lost the movie to Lady Olivier didn't help. 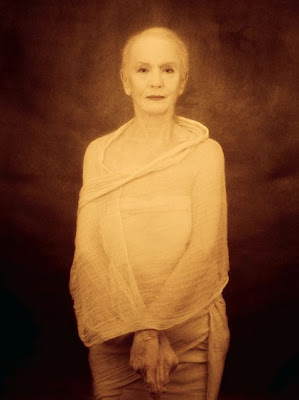 In between she did movies large and small, generally as a second lady or character (as in The Birds). She's one of those people I think of as The Trans-Atlantics; she was born in the UK and died an American institution. Here in this bonus extra picture, she appears to be trying on the role of The Mummy, but even so, wasn't she an extraordinarily lovely old lady?
Posted by Muscato at 9:59 PM

Email ThisBlogThis!Share to TwitterShare to FacebookShare to Pinterest
Labels: After and Before, Dowagers, Miss Tandy, The Theatah