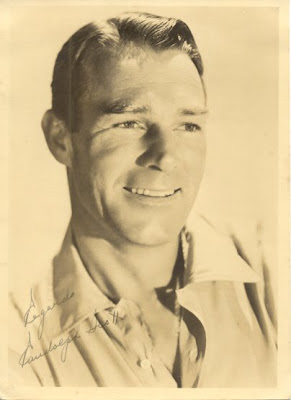 That tall drink of water, Randolph Scott, was born this fine day in 1898. His craggy allure and affable screen presence were for many years the best reasons to sit through the dozens of Westerns in which he was the most interesting thing on screen.

I like him best, though, earlier on, in the '30s, when he leavened his diet of sagebrush and chaps with a great deal more variety than you might think. 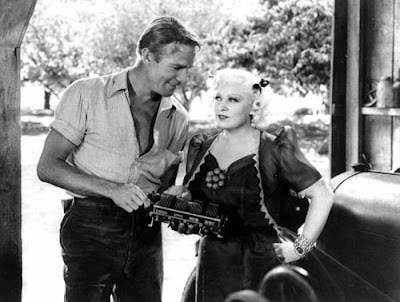 He made an effective aw-shucks-ma'am foil to Mae West, for example, in Go West, Young Man; he supported Kate Smith in her ill-fated foray out of her niche on radio; he even made a lively (non-dancing) sidekick to Fred Astaire in Roberta and Follow the Fleet (my two favorite Fred-and-Gingers, actually). 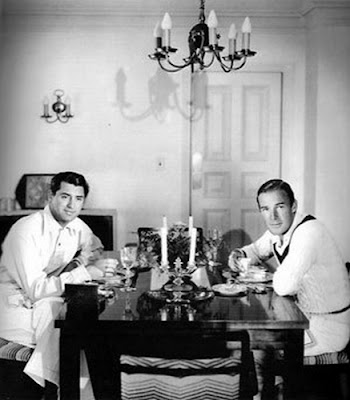 These days, though, he is in danger of being best remembered for his decade-long occasional cohabitation with Cary Grant at the latter's Malibu beach house. Well, whatever may or may not have gone on behind closed doors, they certainly made a striking couple, no?