Life at the Shady Rest 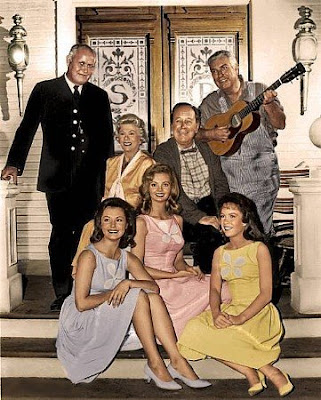 These days, Petticoat Junction is pretty much the forgotten sister of television's legendary "Hooterville Trilogy," lost in the shadow of The Beverly Hillbillies and Green Acres.

There are probably perfectly valid reasons for this neglect (not having seen it since approximately the Carter administration, I'm perfectly willing to entertain the notion that the show was simply terrible, Bea Benaderet notwithstanding). It came to mind today only because the theme song is permanently lodged somewhere in my lizard brain, one of the things that prevents me from remembering with any consistency anything that has happened since 1998 (the point at which I seem to have reached maximum data load).

And why did I think of this deservedly obscure theme song? Because, darlings, with the current little hiccup in Internet traffic out here at the edges of the world, things are indeed "movin' kinda slow at the junction..."

Given that the average post now takes about eight tries and enormous amounts of time, life at the Café is going to be practically Bugtussle-like in its torpor until things get resolved. At least now I've given you something to think about. If you're over 40, just try getting that song out of your head for the next day or two. If you're a tot, look it up. And then try and shake it...
Posted by Muscato at 10:33 PM