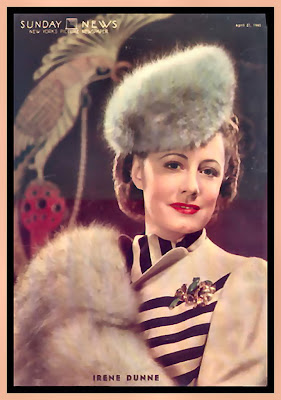 Today marks the birth of one of Hollywood's Great Ladies, the versatile Miss Irene Dunne. She's seen above, for some reason, apparently doing an Olivia de Havilland impression in an outfit that's so '40s that it looks like a parody. 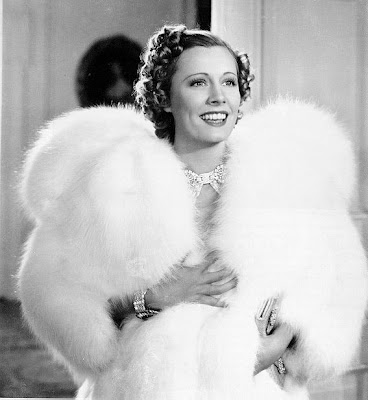 Dunne shone, almost equally, in weepie soapers like Back Street and the first Love Affair, in glam musicals like Roberta, and in heartwarmers like I Remember Mama. She brought a slightly off-kilter dignity to screwball in The Awful Truth and Theodora Goes Wild, and she did her share of Great Actress roles, even unto one of the better onscreen pre-Dench Queen Victorias in The Mudlark. 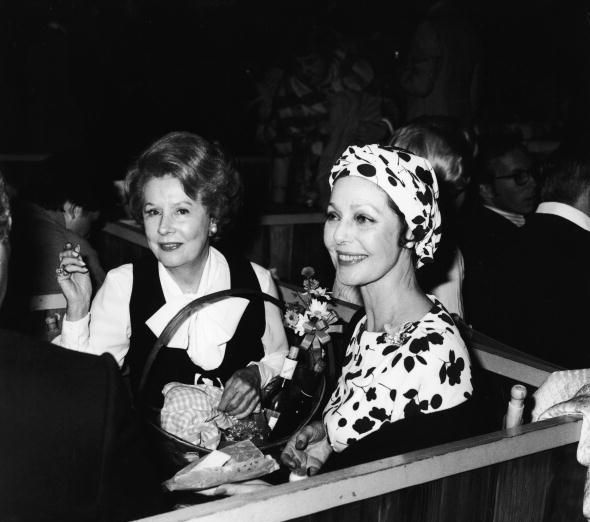 She had the strength of character to sustain a lifelong friendship with Loretta Young, which must have, at times, been rather a chore. Here, at least, it looks as if Loretta has already had a cocktail or two and Irene is in need of one.

The estimable Bright Lights Film Journal has a lovely tribute to this underappreciated diva here.
Posted by Muscato at 10:18 PM