This is a banner day, birthday-wise, to the point that it was a real question as to whom to highlight. Left behind are luminaries from Elizabeth Schwartzkopf to Redd Foxx, Mormonic sensation Donny Osmond to lesbifavorite Joan Armatrading, Dick van Patten to John Cassavetes...

But I really do love these three: 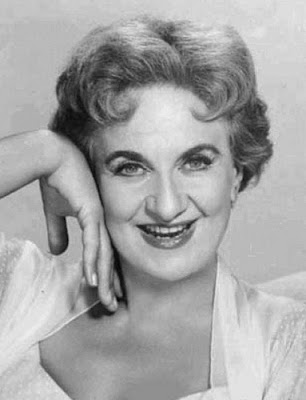 Hermione Gingold is yet another of those great character actresses who muddle through a rather scattershot youth in order to grow into their distinctive personae; she even titled her memoirs How to Grow Old Disgracefully. She was magical in Gigi, magisterial in The Music Man, and magnificent (at least in comparison to everything else in that sorry effort) in the film of A Little Night Music. Whatever happened to the great art of the double-take, as practiced by Gingold and her ilk? 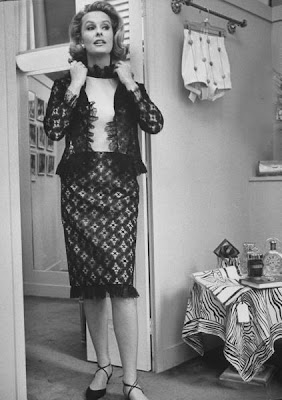 Glamourous Dina Merrill is 83 today. In her heyday, she was the most successful of a string of socialites who ventured West to Hollywood (faring better onscreen, for example, than the likes of Jinx Falkenburg, Cobina Wright, Jr., or Carole Matthau), although as the daughter of Marjorie Merriweather Post she certainly wasn't doing it to keep body and soul together. She's seen here in her element, at a Dior fitting. 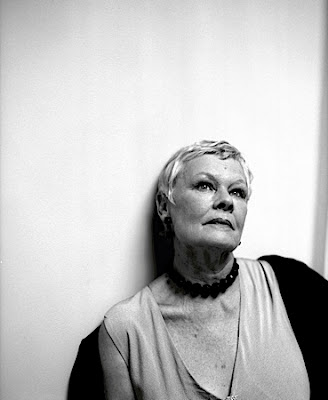 Still very much on the scene is the divine Dame Judi Dench, here looking uncharacteristically theatrical. What can one say about someone who has been a star in everything from Shakespeare to Bond, who is equally convincing as Elizabeth I and a suburban housewife, and who shone through the recent BBC fabulosity Cranford as a dearhearted dithering spinster so forcefully that it makes one want to don a cap and pincurls? She's simply the best.
Posted by Muscato at 12:15 PM