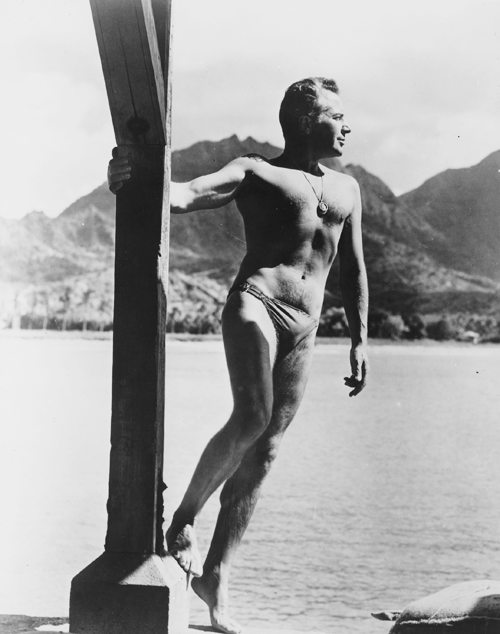 On the 97th anniversary of his birth, let's spend a moment admiring the European charms of dear Signore Rossano Brazzi.

In an era of whitebread Troy Donahues and Tab Hunters, Brazzi led the pack of more exotic leading men who added spice and color to travel romps like Three Coins in a Fountain, squiring Hollywood's more mature big ladies - Hepburn, bittersweet, in Summertime; Crawford, turgid, The Story of Esther Costello - and, perhaps most memorably, going Paris-in-the-South-Seas as the lovestruck planter Emile in South Pacific.

Here he proves, and rather definitely, that it wasn't just Guy Madison who could do justice to the Eisenhower equivalent of the Speedo...
Posted by Muscato at 7:30 PM