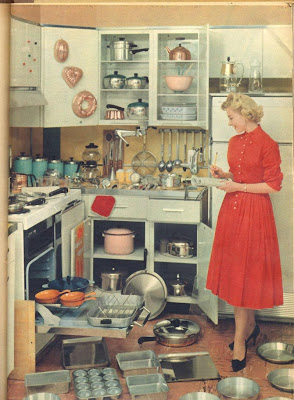 Mr. Muscato and I, aided and abetted by the doughty Ermilia, are spending Veterans Day in a domestic frenzy. We're having people in (a far less formal - or organized - concept than having a party), with a seafood theme.

The weather is finally lovely, and so the doors and windows stand happily ajar, with the breezes from the nearby Gulf a more than satisfactory replacement for air conditioning and a joyful dog gamboling about, in and out chasing Ermilia's cat, as if there had never been a summer of being cooped up from the heat.

There are, of course and as always, more than enough things to cause worry and concern, but for today we're boiling shrimp and reviewing my Grandmothers' simpler recipes, with the prospect of a glass or two of Champagne and some good company tonight.

When I was a child, on the 11th of November we would go out to the cemetery to pay our last respects before the real winter set in. The various family plots, tidied up on Labor Day, the geraniums and such of Decoration Day brought home, would get a final trim about the evergreens, and my grandparents would point out the advantages of the large and well-placed area they'd chosen for themselves not long after their 1920 wedding. "It's on the hill, you see, and so we see the rest of the family and the Lake," my Grandfather would note with satisfaction, "and there is plenty of room for all of you."

The last time I visited, I realized that they were right. The view is lovely, and while some of the trees and plantings have grown enough that they would take some cutting to let one see the oldest family graves below, there is a pleasant sense of permanency. All the grandparents are there, and my mother now as well. I usually stop to straighten the holders behind each grave for the little flags that various organizations bring out in the spring - one with a Navy seal for Grandfather; DAR for one Grandmother and Eastern Star for the other. Mother, never really a joiner, could I suppose have had one - does the Junior League bring flags to members' graves? - but would have been mortified at the prospect.

In those days, one felt a genuine connection to World War I, and the eleventh hour of the eleventh day of the eleventh month. It was, after all, Grandfather's war, even if he never ventured closer to the Marne than Buffalo. It still surprises me that they're all gone now, World War I vets, every one of them.

In any case, I stopped this morning, thinking of a bleak November day in 1918, when even sensible people hoped that not just that war, but War altogether, had stopped. And then, in the same way that the grandparents would bustle us back into the car and on to lunch at the club, with one last backward glance as if to assure the family they would return come spring, I went back to getting ready for our party. I think we'll have a lovely time.
Posted by Muscato at 8:26 AM