Here and Back Again 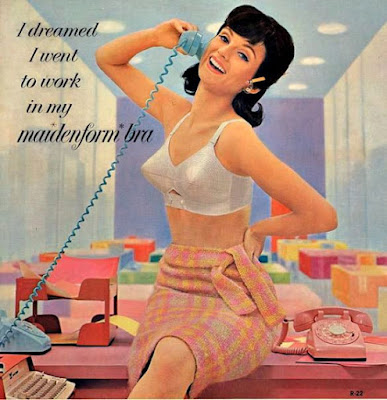 Well, I'm going back to work, albeit not (unless I'm feeling particularly antic in the morning) in my Maidenform; the Powers That Be tell us they've somehow, miraculously, found some money to pay us, albeit for a single pay period, and in the form of a paycheck that we will, all things willing and the creek don't rise, receive sometime next month. Yee-haw.

I can't say I've really minded the furlough all that much, the uncertainty aside. Really just a preview of retirement, and being a champion putterer I can easily fill the days with things useful and less so. If anything, all this nonsense has helped dispel any lingering regret I might have felt about closing this chapter of my life. As it is, I can't wait.

Although I may have to, as it now seems possible I'll have to push off the date a tad. We've now been assured that we'll get paid, some day, for all this time, but some who understand the bureaucracy better than I are telling me I may want to stay on board until that point, as it's quite possible that if things don't reopen before my appointed date, there would be no way to reimburse me as I'd no longer be on payroll. It's always something, isn't it?

But my problems are nothing next to others', so in the morning I'll pull together something resembling office wear and trot back. It will be interesting, if nothing else, to see how my colleagues have been spending their time, and while it's clear our work load will be exiguous (as we have no budget and no ability to plan), it will make for a change, and the office is close to the gym, so I'll get to spend some more time in the rigorous company of Kevin My Trainer. He's introducing me to dead-lifting at the moment, and I feel terribly butch indeed.

Getting out of the house will also, I hope, tear me from obsessively trying to follow the news, as goodness knows none of it is good. I wake every morning hoping that today is at last the day that Something Happens, and while lots of things do, it's never the one (or several) that put us more firmly on the road to getting past this current unpleasantness. I have hope, in measured and tempered ways, but I am running out of patience.

And anything, it seems, that isn't political is just sad. Losing Carol Channing last week was a genuine blow, and while it's hard to feel that that passing of a 97-year-old woman is a shock, it still feels like some sort of minor shift in things as we've known them. It also reminds me of how many other near and actual centenarians one treasures and, consequently, fears for. I did find a marvelous, full-length performance by Miss C. in her greatest role to help console me, and while the recording quality is middling at best, it does give one a sense of what all the shouting was about. Purposely or otherwise, the identifying information provided is incorrect, and the production dates to twenty years later than the uploader indicates; it's a version of the last iteration she brought to Broadway and which I saw (and reveled in) back in my Manhattan days. Wonderful woman indeed...

And how's by y'all? I'm jealous of anyone, today, in warmer climes, and hope that those of you stuck in arctic weather (as are we) are staying cozy. I have a white lasagna in the oven and Yorkie snoring on the sofa next to me, so I really can't complain (although, if so allowed, I will, at length).
Posted by Muscato at 5:26 PM