Of Flaring Pains and Old Flames... 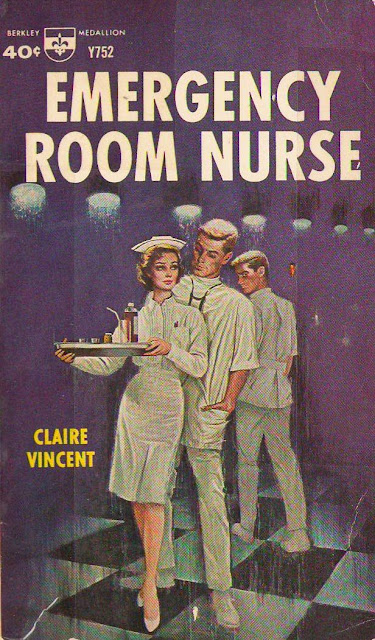 Among other things, we've had not one but two visits to the emergency room, which is easily two too many. They were, if nothing else, a study in contrasts, as one went smoothly and very creditably to Major Regional Health Center; the second made me long for the quiet efficiency of similar facilities I have experienced over the years in places like Ethiopia.

And why, you may ask, were we there? Poor Mr. Muscato, you see, has started the year in significant discomfort with what have likely - although not yet definitively - turned out to be kidney stones. He has had to date two CT scans and several rounds of blood tests, and while most signs point that way (it's possible, it seems, to have smallish stones, experience most of the usual symptoms, and then not even feel them as they depart), not all do, and so at the end of the second round, the doctor discharging us blithely said something along the lines of "Follow up with your primary care doctor in a day or two." Easy for him to say; I've been ringing the blasted practice for the better part of two days now and can only reach a service - and this is the new practice to which we moved last summer because our old one was so hard to reach! Maddening.

As was the second visit. The first went off tickety-boo - lovely people, appropriate levels of concern, prompt care; one could have asked for little more (aside from not being there at all in the first place). By contrast, visit number two started with annoyed expressions and one outright "Why are you back?" ("Because the pain has persisted, has increased, and you told us to come back if that happened, that's why.") and continued with two hours of waiting in "intermediate care" (a hallway en route to the treatment area proper, on chairs; we were okay, but I felt badly for the old man with a broken arm who waited nearly as long), followed by three hours more in a cubicle, waiting for attention and tests. That wouldn't have been too bad, I suppose, except that our neighbor was a literal raving maniac, and one brought from the local jail to boot, with six doughty officers guarding (and at time restraining) him. I have rarely - and remember that I spent several years working for and with major stars of the opera  - heard screaming of such sustained volume and sheer profanity. Trying, and exhausting, and not just for us, I know, but for all involved.

But at last he was scanned, and dosed, and is now a few days later more or less on the mend. With luck and the right phone call, perhaps our regular doctor will deign to see him sometime before the decade is out.

So that's part of how the year started. One other odd little development has set me musing, although not for many of the reasons I would have thought.  Do you by any chance remember Michael, my Great Lost Love? He came up last fall in a discussion of Miss Peters replacing Miss Midler as Mrs. Levi, because that's how what passes for my brain works. Well, in any case, it occurred to me after I wrote that post that it was the longest and most collectedly I'd thought about him - or really about Lost Love more generally - in a very long time.

And then he turned up, just as the New Year turned.  Go figure.

Actually, he Facebook-requested me. I immediately messaged my old chum The Architectural Historian, who survived those tumultuous times with me (just as I did his, but really my lips are sealed. Don't ask about that hot Jamaican bodybuilder. Just don't): "What could it mean?"

"Unless you accept, you'll never know," was his swift reply. He's rather wise, for an architectural historian.

So I did; well, I did, after a day or two's further fretting, staring at the once-familiar face there on the screen where FB reminds you reproachfully of your undone tasks.

But at last I did. And you know what happened? Not a thing.

Oh, I got a better look at his, as they say, content, beyond that available publicly to the great unwashed, and it wasn't all that gripping. He has a nice-enough looking life - lots of photos jetting off for work to interesting places - but nothing all that interesting to say about them. Lots of quite glossy-looking friends - but nothing as amusing as a couple of mine, real and virtual. I'd forgotten the strain of solemnity that shaded, now and then, into pomposity, and I looked in vain for a trace or two of the self-deprecating wit that usually offset that tendency once upon a time. He seems like a very nice, rather humorless middle-aged man, better preserved than most, but one whose world is more or less what it was when last we met twenty-odd (and mine have really been very odd indeed) years ago.

So now Michael and I are Facebook friends. I suppose he's mined me as I did him. I wonder what he thinks of it all - a sharp contrast to his clearly carefully curated presence - a shapeless jumble of terriers and casseroles and snaps from Cairo and links to things that make me laugh or that friends send (Miss Rheba is a big devotee of the Shrilling Chicken in all his many forms). It's a far cry from life on the Upper West Side, but that's life. And even despite the trials of emergency rooms and putative kidney stones, it's really rather a good one at that.

I don't even mind - well all that much - that when he takes those business trips he turns left on entering the aircraft rather than (as I do - thanks, Golden Handcuffs!) quite decisively right. But more of that anon, and quite soon, actually...