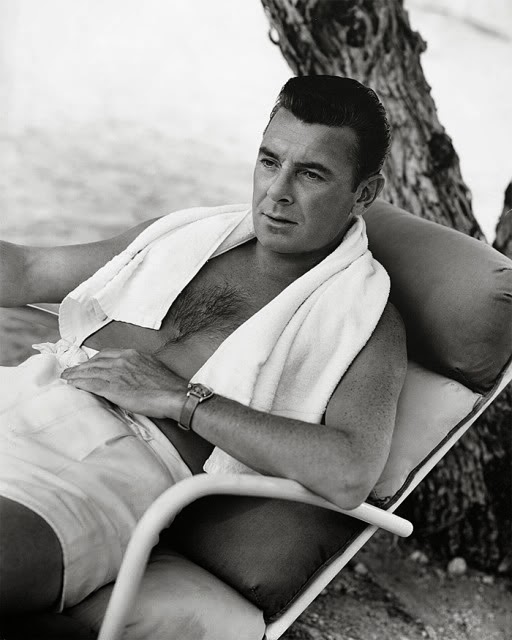 Is it me, or is George Brent a little dishier than I remembered?

Brent is one of those performers who, although he was for two decades or more a household name, is now a distinctly misty figure, remembered vaguely as that stolid man next to Bette Davis in all those movies.  He was in truth an able leading man rather than a standalone star - something that he seems to have carried into his private life, with brief stints supporting stars of two generations as first Mr. Ruth Chatterton and then Mr. Ann Sheridan.

I just finished watching him do his duty to Davis (with a little Mary Astor, superbly bitchy, on the side) in a 1941 confection called The Great Lie, and he was as appealing as it's possible to be in a thankless role.  He plays a dashing aviator torn between two loves, lost and then found in the Amazon jungle, and of the sort who says dismissive things in a way that's meant to be endearing until he is suddenly caught short by the demands of True Love.  If he's out-acted by his gray sideburns in the second half of the picture, well, he's not really there to be the center of attention, what with the two star women at its center and supporting players like Lucile Watson and Hattie McDaniel whirling around the edge of things and even a baby to further steal focus.

Besides the stars who were two of his five wives, he was long assumed to be an unofficial Mr. Bette Davis as well, but the benign nonchalance that stood him in such good stead on screen would seem to me to be quite inadequate preparation for supporting that volatile lady off-screen.  Whether or not he he was up to that challenge, he certainly does justice to a nice pair of trunks.  I would have killed to be a fly on the wall of the Warner's commissary to hear what Ruth and Ann and Bette had to say about him over lunch...
Posted by Muscato at 10:29 PM