Meanwhile, at a Fashionable Soirée... 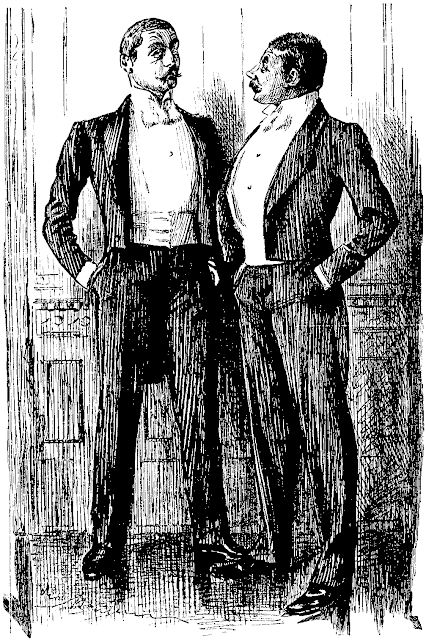 Another fraught moment of the Gilded Age...

Gazing into the middle distance, Sir Mortimer Lockspottle considered Count Crespo's interesting suggestion.  It wasn't so much that the idea itself was either scandalous or potentially rather acrobatic as that, despite considerable experience back in his days as prefect at Mr. Ploxley's Academy, he had trouble picturing with any exactness the actual combination of activities.

"I say, Old Sport," he replied at last, "I'm game for the challenge, but I think we should be better off with three footmen and only one cricket bat."
Posted by Muscato at 9:50 AM