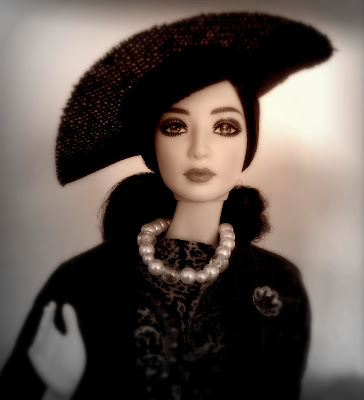 I appear to be going through a bit of a Mattel phase.

I think I could see her trying out the kinds of roles that went to Andrea Leeds, or possibly a little later becoming one of those classy noir dames, usually recently widowed, whose misfortune of some kind sets the plot in motion.

Not much going on in these parts, which is kind of nice.  An afternoon by the condo pool (a haven for the several sets of aesthetic gentlemen who have set up camp here (sometimes rather emphatically so, in fact) amidst the elderly ladies and vaguely startled-looking immigrant families) today, a nice dinner out last night with the Mister, that sort of thing.  August, in short, and after the tumult of the last six months, a little domesticity is something to treasure.
Posted by Muscato at 5:33 PM