You May Remove Your Blindfolds, Panel.... 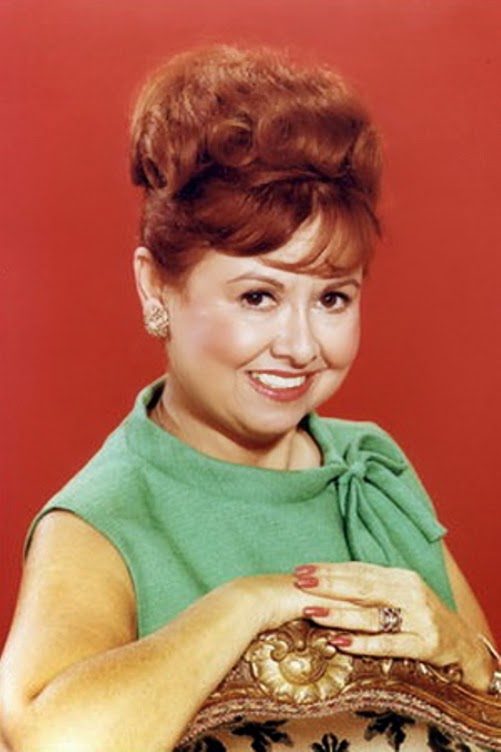 And meet our mystery challenger!

Now, I can't help thinking that panelist TJDasen1 might just have been peeking through that tasteful sequin-edged blindfold though, for our big-band era radio singer does indeed turn out to be the second incarnation of America's favorite nosy neighbor, Gladys Kravitz.

When she's not living next to the Stephens' over on Morning Glory Circle, she was better (at least in some circles) known as Sandra Gould.  Gould is one of those glorious television flukes, a working character actress who found her little slice of immortality in a single role, one that she inhabited so thoroughly that she was able to overcome the memory of her predecessor as Gladys, Broadway veteran Alice Pearce, and create something - in a very narrow fach - rather wonderful.  As silly and often labored as Bewitched could be, it had some truly amazing performers and performances, and my favorites are often not the biggest parts (treasurable as one must find Endora, Cousin Arthur, and especially Aunt Clara), but the ones that let some familiar faces cut loose - Gould, but also Reta Shaw as Aunt Hagatha, Alice Ghostley as Esmeralda, or even Kasey Rogers as the elegant and so often puzzled Louise Tate.

So that wasn't as hard as I thought it might be - I guess all the glamor drag in the world couldn't fully disguise those chipmunk cheeks and that ever inquisitive gaze...