Unexpected Changes at the Last Minute 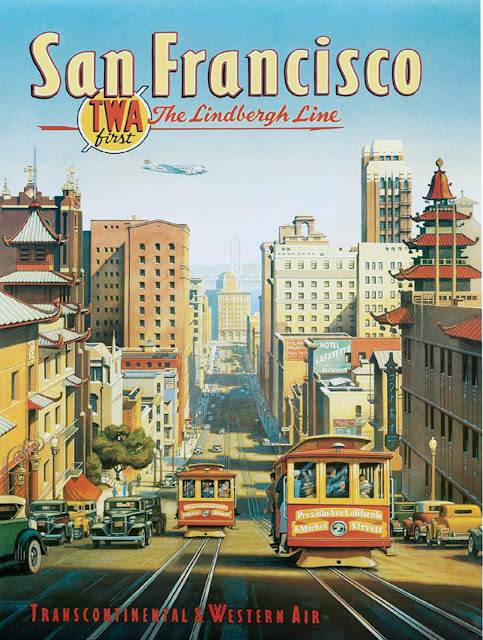 So I'm in San Francisco, and no one could be more surprised than I...

I was whining, of late, you may remember, about lost opportunities, and one of those, minor but not un-vexing, had been not being included in the latest Golden Handcuffs Consulting Amalgamated International's twice-yearly recruiting jaunt to the West Coast. I'd been on vacation following my last little stay in the City by the Bay and so not around to sign up when planning was under way, but still, I was miffed.

Until last Thursday, that is, when one of my colleagues was forced by personal circumstances to withdraw at the last moment. Would I be willing to step in, even at that late date?

Well, I was prepared to make the sacrifice.

So here I am, and have been since Sunday. We're merrily at work, and after hours I'm far more merrily at play. I can't say I've done anything particularly improving, but I've done my patriotic bit to make a dent in the nation's grievous oversupply of fine oysters and to redress our trade imbalance with France in regard to sparkling beverages. Let it never be said that I don't do my part for this great land of ours.

I must say that San Francisco in May is a rather different kettle of (perfectly cooked) fish than the same city in January. The weather, so far, has been of a loveliness not to be believed - the kind of fine, fair, warm, and achingly clear day that I thought Hollywood manufactured in a sound stage when depicting the city in, say, Vertigo or The Birds. And so far, at least, I've been spared either icy blondes in tailored suits or random grackle attacks, so I suppose I'm ahead of the game.

And on top of all that, tomorrow brings with it the prospect of dinner with none other than our own dear Mr. Peenee. I look forward to hearing in person about his travels, not to mention any other regrettable shenanigans up to which he and the redoubtable Super Agent Fred have been.