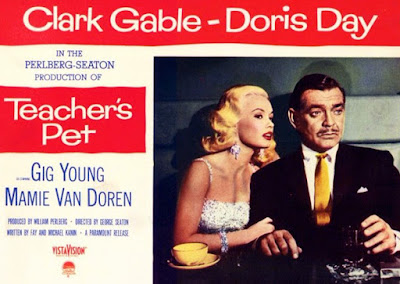 Is it just me, or does Clark not look particularly thrilled to be there? Not his brightest shining hour...

All things pedagogical are on my mind at the moment, you see, because, as mentioned last week, I'm briefly revisiting my last stint over in corporate training, having taken on the thankless task or organizing a week-long class in the intricacies of our human-resources process for a group of newly arrived colleagues. This involves everything from arranging that a series of eminent external consultants all arrive and teach at the appropriate moment to ensuring that there was a sufficiently grand coffee morning today for a "casual drop in" by an Important Senior Executive, so I'm very much a boy on the go.

It all seems to be going well enough, but it's a great deal more activity than I'm used to, and it's always interesting to see exactly how much energy I really can summon up. I've gotten so used, over the past year or so, to being very careful, even as I've been diligently exercising and generally following all the various instructions I've gotten from all the various doctors who got me through that little scare, and it seems if anything that I've been underestimating myself pretty significantly - which is actually rather reassuring.

Not that I'm going to give up the habit I've picked up of regular naps. I'm not sure, if I did, that the dogs would ever forgive me.

And whatever I think of having to jolly along a cadre of 50 or so students who will go forth as representatives to the world (or rather, more narrowly, to potential employees) of all things Golden Handcuffs Consulting Amalgamated International, apparently it's a damn sight more enjoyable than sitting on a banquette with Mamie Van Doren. Not, I suppose, that that's all that great a surprise...