Birthday Girl: The Girl for Life 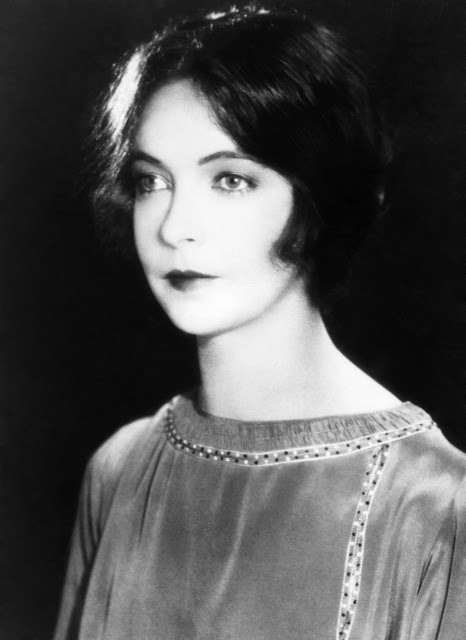 She would have been 123 today, Miss Lillian Gish, which means it's nearly a quarter-century since she left us. Hard to believe.


I make no secret of being an acolyte of the star dear Mr. Ethan Mordden has characterized as "The Girl for Life" (in contrast, in a discussion of the great impresario, to the transitory nature of being a Ziegfeld Girl. When you were a Griffith Girl, you were in fact at some level making a lifelong commitment).

It's always interesting to run into her in the interregnum between her heyday (from roughly the First War through The Wind) and her resurgence as a character lady and Sibyl of the Flickers. Here she is, I believe, in the latish '20s or early '30s, in a portrait that reminds us that in private life she was very far indeed from the waif in curls and ruffles she so often played. The streamlined look suits her, and it's characteristic of her that she could step out of this portrait and into a dressy setting here in 2016 and look utterly at home.

It's been too long since I've seen a Gish movie; perhaps it's time to grab an hour or two and see once again just what nearly perfect artistry looks like...
Posted by Muscato at 12:14 PM